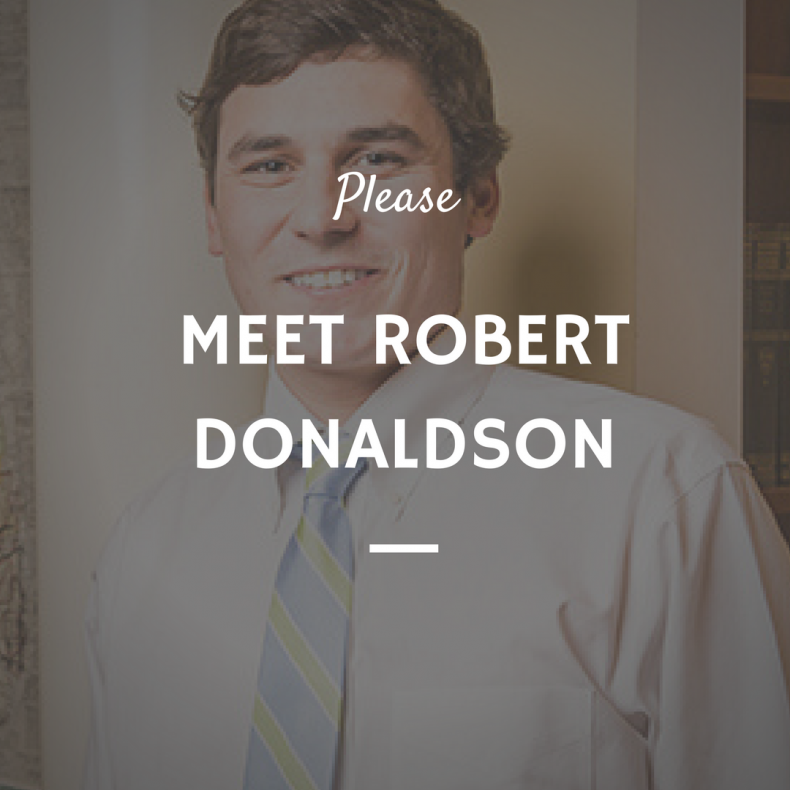 Donaldson Law Firm 31st May 2018 No Comment in our team

Meet Robert Donaldson, son of our founding attorney, Rob. Robert is an attorney at Donaldson Law Firm, so you may have seen him around the office. Robert was born and raised in Charleston, and received his Bachelor of Arts degree in History, with a minor in Government from Wofford College in 2011.

After graduation, Robert enrolled in the Charleston School of Law, where he was named to the Dean’s List and received the CALI Award for Academic Excellence in Federal Courts. He also served on the Federal Courts Law Review Journal and spent a summer as an extern with the City of Charleston Legal Department.

Robert says he most enjoys working with first time buyers and sharing the excitement and experience of helping people buy their first homes.

He agreed to a lighting-round Q&A about what he likes to do when he’s not working:

I went to Israel for three weeks in college, which was an amazing experience, also to Newport Beach, California last summer with friends.

What do you like to do when you’re not working?

Anything on the water – taking the boat out with friends.

If you weren’t an attorney, what would be your other dream job?

It’s your birthday dinner – where will we find you and what are you eating?

Best part of living in Charleston?

Being close to the water

Any of the restaurants on Shem Creek, or out on the boat with friends

Thanks for letting us get to know you better, Robert. We’ll see you on the water.